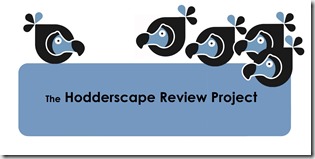 The third title in the Hodderscape Review Project was Mary Stewart’s The Crystal Cave, the first book in her Merlin Trilogy. Unfortunately, I was unable to finish it, so you won’t find a review here. The fourth title brings the series back to solid ground with Ursula K. Le Guin’s 1969 Hugo and Nebula winning classic The Left Hand of Darkness. Don’t forget to check out what my fellow reviewers thought over at the Review Project site.

Genly Ai is an Envoy, the First Mobile to the planet of Gethen from the Ekumen of All Worlds. He bears an invitation for the humanoid inhabitants of Gethen – known to outsiders as Winter, due to its constant arctic weather – to join this League of Worlds and share in their knowledge and resources. Greeted with mistrust by the androgynous inhabitants of Winter, Genly soon discovers that the person he least trusts is the one who has the most faith in him, and he must play a dangerous game to ensure his own survival and the future enlightenment of the people of Gethen.

Ursula Le Guin’s The Left Hand of Darkness, a novel that is almost 45 years old, introduces us to a far distant planet, and an alien race, through the eyes of an Earth-born human who now serves as an Envoy for a League of some 80 planets populated by human and humanoid races. When we first meet Genly Ai, he has been on Gethen/Winter for a number of years, an honoured guest of the people of Karhide. Despite the fact that he can almost pass for a native, Genly is different in at least one major way: the people of Gethen are androgynes who, once every month, choose a mate and become a member of one or the other sex for the period of their fertility. Once this short period is over, they return to their original sexless forms, unless they have been impregnated, in which case they will remain female for the duration of their pregnancy.  Genly’s constant maleness is one of the many reasons he is viewed with an element of mistrust by the natives.

While in Karhide, Genly is championed by the Prime Minister, Estraven, who, on the eve of Genly’s audience with Karhide’s King reveals that he can no longer support the Envoy. Estraven’s exile forces Genly’s own flight, first from the capital city of Erhenrang and ultimately to the neighbouring nation of Orgoreyn, where he will learn a valuable lesson about trust, in a series of political machinations that make George R. R. Martin’s Westeros look positively friendly.

At the centre of the novel is the question of sex, and the innate strangeness of a human race where there are no males or females. Le Guin describes many of the characters as effeminate, while using male pronouns throughout. It does take some getting used to, although it does lend the Gethenian characters more humanity than might a gender-neutral pronoun such as it. The people of Winter do not have the concept of war, and there are hints throughout that the lack of a male dominance might be behind this peacefulness. Le Guin describes other worlds as "bi-sexual" and, for this reader at least, it took some time to realise she was talking about the gender-split of the worlds’ inhabitants, rather than their sexual orientation.

As might be expected from a novel almost 45 years old there are elements which date this novel. The off-world and far future nature of the novel hides this to a certain extent, but there is always something about the language that gives away the age of a novel like this. In The Left Hand of Darkness, there is a certain quaint sexism – Genly and Estraven’s discussion about Earth’s women, and their differences to the planet’s men, for example – but it works within the context of this androgynous world. It might be interesting to see Genly’s response in a novel written in 2013, rather than one written in 1969. Perhaps more interesting, considering the novel’s vintage, is the lack of racism: Genly’s racial profile is revealed naturally, and without comment, partway through the story, and no further mention is made.

Genly’s story unfolds through a series of chapters told in the first person from Genly’s point of view, in the first person from Estraven’s point of view, and in the form of Gethenian myths and legends which serve to open Winter to the reader, and to explain the behaviour of the natives when certain events occur. This fractured narrative structure ensures that we’re never entirely sure how the story will end. With 80 worlds already part of the Ekumen, we know that Genly is not the first Envoy to set foot on an alien planet. We learn that in the long history of this Union or League, many First Mobiles have died at the hands of the natives who have felt threatened by the individuals or by what they represent. Genly’s success is by no means assured, and his survival is as delicately balanced. It’s a beautifully-constructed story that moves at a relatively sedate pace that allows us to get to know the characters and this interesting new world, while never slowing enough to leave us bored or hoping for something interesting to crop up around the corner.

A classic of the genre by one of science fiction’s greats, The Left Hand of Darkness is (shamefully) my first exposure to the writing of Ursula K. Le Guin. Part philosophy, part thrilling adventure (there is an ice-bound episode that might make the perfect companion for, say, Dan Simmons’ The Abominable), Le Guin gives us unparalleled world-building with unique and engaging characters who give us insight not only into this new and interesting world, but into the human condition itself. A short but unforgettable read, The Left Hand of Darkness deserves its place in the annals of science fiction, and on the shelves of anyone who calls themselves a fan of the genre.