To celebrate tomorrow’s launch of Vanessa Ronan’s debut novel, The Last Days of Summer, I’m very pleased to welcome the author to Reader Dad to talk about her influences as a writer.

My parents had a huge bookcase when I was little. This large, somewhat unsightly, slightly unstable-looking thing covered an entire wall. My father had built it himself, rather primitively, out of pine. Over the years, it served its purpose well enough, that bookcase. It moved to several houses with us—a clear, lasting testament in each that my father was no carpenter. Every warped shelf in it though was full. My whole life. Far back as I can remember. In fact, the bookcase was so full that that made its instability all the more frightening! Or thrilling. Depending on perspective. To me, that bookcase held magic on each shelf. I used to stand in front of it, looking up, wondering what stories on the upper shelves hid just out of sight and reach. By the time I left home, I’m pretty sure I’d read every book on those shelves…

My brother and I were home schooled all the way until college. My parents, both literature professors, placed a strong emphasis on our reading and writing from a very young age. We were taught that books were special things to be always handled with care. So, I guess it was somewhat unsurprising that my brother and I naturally gravitated more towards the literary side of our studies. Writing stories and poems was like a game for us, and we read and edited each other’s work from a very tender age. Who knows, maybe had our parents been astrophysicists or mathematicians that would have naturally turned our focus another way, but they weren’t, and in many ways it is only now as I reflect back on my early influences that I begin to fully realize just how deep an impact the classics—Mark Twain, Harper Lee, Harriet Beecher Stowe, John Steinbeck, Edgar Allen Poe, Charles Dickens—we were read as bedtime stories, later had on my writing career.

We moved to Mexico when I was five. A small colonial village high in the mountains of Michoacan. We had planned to live there nine months, but ended up staying two and a half years! It didn’t take long before the limited supply of children’s books my mother had brought for us to read and study ran out. With no TV, books were like films to us and we were hungry for them. That was when my mother started reading us the classics, though, as we grew, more contemporary fiction was read to us as well. The Fionavar Tapestry by Guy Gavriel Kay and The Once and Future King by T H White were the first two novels I fell in love with.

Most of my favourite writers I was first introduced to in childhood, though I have reread them many times as an adult. Pedro Paramo by Juan Rulfo has long been one of my favourite books. Cormac McCarthy, Isabel Allende, Tony Hillerman, and Larry McMurtry are my greatest influences and have been since I was small. I love poetry and C. K. Williams, Sharon Olds, Sylvia Plath, and Franz Wright have been especially influential. Winter’s Bone by Daniel Woodrell inspired me around the time The Last Days of Summer was in its fledgling stages, while Leslie Marmon Silko’s Ceremony gave me the courage to keep my novel without chapters. Her description of her book as ‘a single telling’ really spoke to me.

In the last few years I’ve found documentary films and documentary style reality TV programs increasingly inspirational, and they have definitely had an influence on my writing. They are a brilliant resource for character research and development. Seeing different ways of life on the fringes of society away and aside from the mainstream has been my current fascination.

My writing has been described as “dark.” I think that surprises a lot of people who know me. I’m a pretty happy person. I smile a lot. Believe in good karma. But I happen to like dark stories, too. That bit of mystery. Bit of grit. I was raised on the original Hans Christian Andersen and Grimm Brothers’ Fairy Tales. Frankenstein and Dracula and The Shining were all bedtime stories before I was nine. Those early dark influences seem to have had a long-lasting reach…

It’s funny though, when I think back on my influences, I picture so many of those books that first inspired me where they sat on that bookcase my parents had. The pine one I mentioned before, so laden with books it looked about to keel over. I can see again the lines down their cracked spines. I can smell them. And it’s like I am a little girl again, standing there, looking up, just waiting for all the stories to rain down. 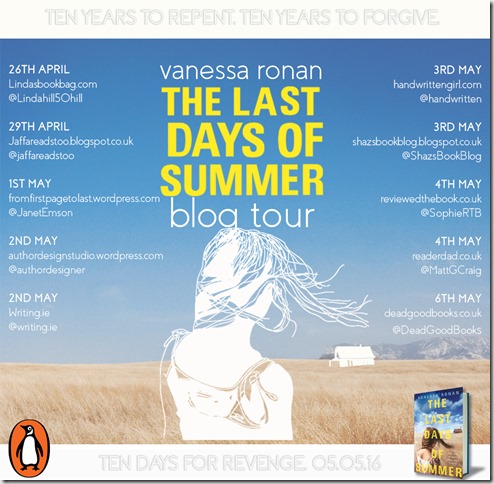