I don’t have one specific method of writing the first draft of a short story. For example, I was inspired to write “Torture By Roses” after reading Yukio Mishima’s short story “Swaddling Clothes” in his collection Death in Midsummer. In that particular case, my aim was to write my own imagined backstory for Mishima’s story, and I composed it in my head before I wrote down a single word. In the case of “Jerusalem Ablaze”, I woke up from a nightmare, grabbed the steno pad that sits on my nightstand, and started writing, half-asleep. Two hours later I had my first draft of the story. 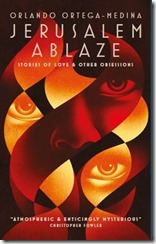 My Quebec stories “The Shovelist” and “Tiger at Beaufort Point” were inspired by real-life events, so there was some pre-planning at the starting point to ensure the events were properly fictionalised. This involved drafting character sketches and plot outlines, which I used, in effect, to re-invent reality. And my Israel stories are excerpts from an early novel I was composing, so they didn’t start life as short stories at all.

“After The Storm” is the story I pre-planned the most, in that I fully sketched it out in outline from start to finish before attacking the prose. Interestingly, it’s also the story I revised the most, almost interminably. Each time I re-read it I found something to improve, all the way until the day I was meant to turn it over to the publisher. But it was worth it, and I’m very pleased with the way turned out.

Regardless of how my short stories start their lives, my process for completing them is the same for all of them: I set them aside for a few days, then come back and revise them until they are as perfect as they’re going to be. To achieve this I have to be brutal in my revision process and not be afraid to cut out anything that doesn’t work. That being said, one has to know when to stop revising!

As for having a word-count, I aim to write no less than 1000 words a day, 5 days a week, with a goal of producing 10,000 publishable words per month. One can’t very well call oneself a writer unless one actually writes. So: Write – Everyday – No excuses.

Jerusalem Ablaze – Stories of Love and Other Obsessions is out now from Cloud Lodge Books, priced £12.99. 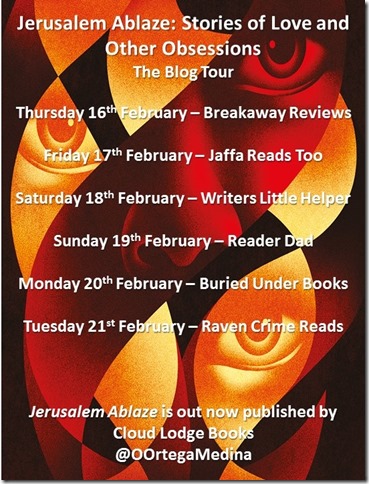