Inspiration is a funny thing when it comes to writing. At least it is for me. Some authors have really specific moments of inspiration; others have one important theme they want to explore; some start with a concept; some are inspired by people or events in their lives. But there are other authors, like me, whose inspiration not only comes from a bunch of external sources, it also comes from that strange, metaphysical cloud of mist that is built of our memories, experiences, passions, and desires. It’s all a little hard to pin down, but if you think of it in terms of painting, it might make at least a little sense. Some painters have a literal object that they’re setting out to capture—a scene, a bowl of fruit, a naked person trying desperately to remember if they shaved their armpits that morning. They have a specific goal in mind, an image they want to recreate. Others might have a vague idea. They know they want a lot of yellows and blues in cascading circles, but they don’t know much more than that. Others, I’d imagine, simply start throwing color onto a canvas and see where it takes them.

When writing my debut novel, The Wolves of Winter, I fell somewhere in the middle as far as inspiration goes. Partly, I wanted to try my hand at writing a post-apocalyptic novel. I liked the genre, and I liked being able to create a new setting from a somewhat blank canvas (since the world is, you know, destroyed). Additionally, inspiration came from my daughter. I was a relatively new father when I started writing the book, so I wanted to use that experience and that emotion in my novel, which is why the father/daughter relationship is so prevalent. But I didn’t know a whole lot beyond that. So I just started writing. I had ideas of where I wanted the story to go, but not how to get there. So I took it step by step as the characters and the world slowly unfolded.

I have to add, finally, that inspiration also came from my wife. Prior to writing The Wolves of Winter, I had primarily written male protagonists. Being a male, I thought it’d be easiest to write from my own experience. Yet, over and over, my beta readers told me that my female characters were their favorites. So my wife asked, “Why don’t you write a book with a badass female protagonist?” And if I’ve learned one thing in my seven years of marriage it’s that my wife is always right. 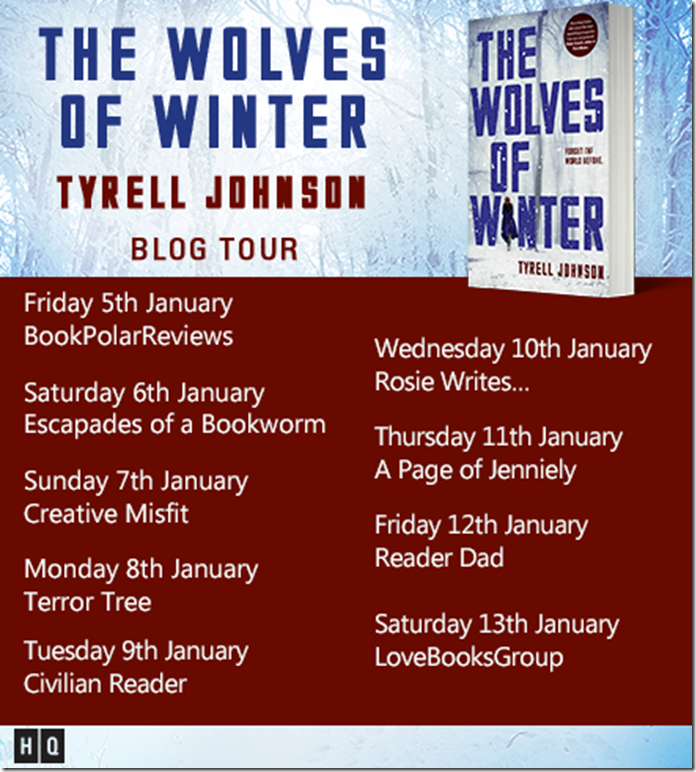